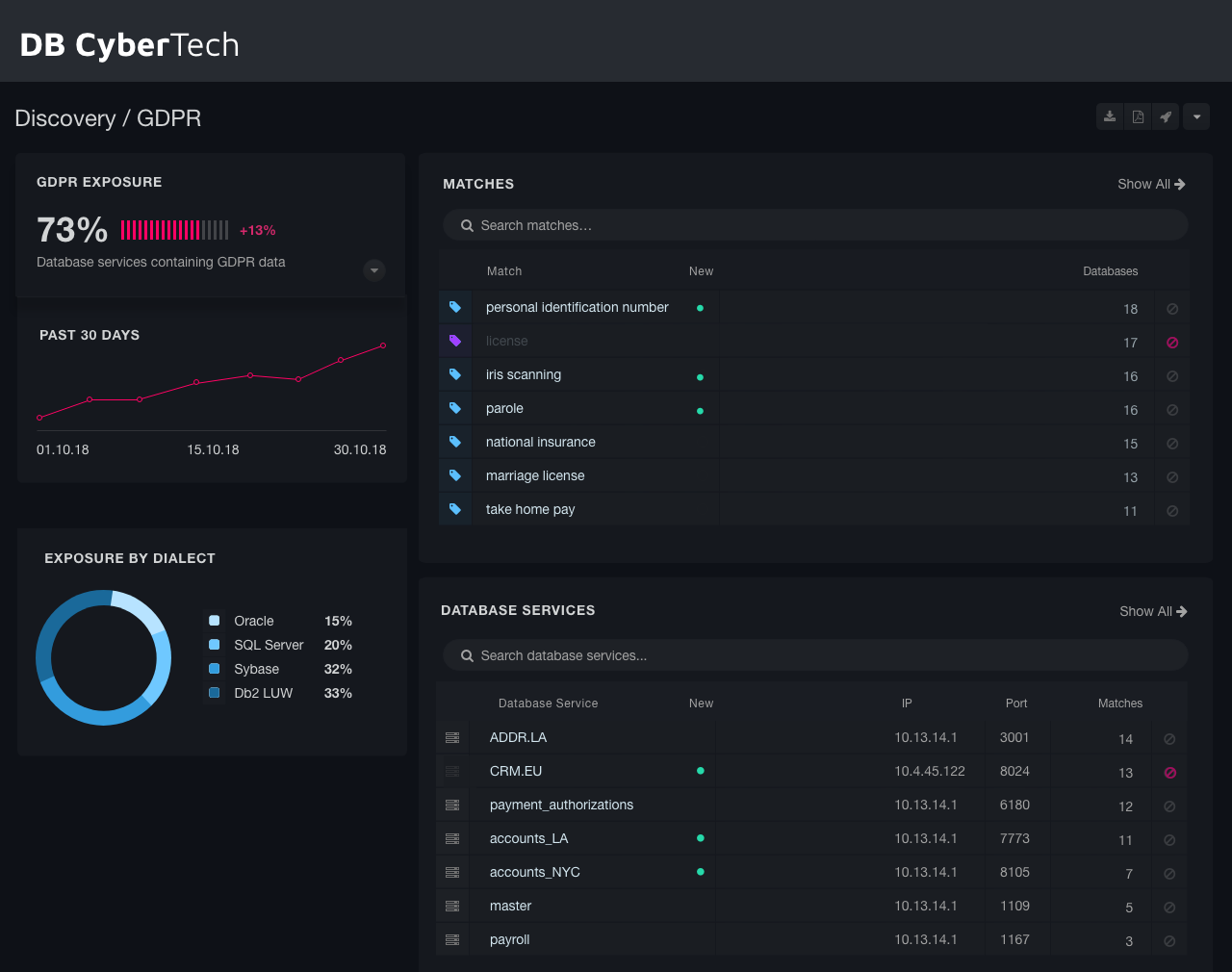 “We’re excited to begin our new partnership with DB CyberTech. PG Services is known for selecting best in class solutions and integrating them into the Elastic SIEM for our global clients,” said Ali Alaie, Managing Director of PG Services. “After careful review and engineering investment in Europe, we selected DB CyberTech’s patented and award winning compliance and security platform to build a modernized connector that now presents critical GDPR discovery and classification data through the Elastic interface. We’re making DB CyberTech’s innovative platform for compliance and security available to all of our global Elastic clients. I’m pleased to showcase the integrated solution at this weeks Elastic{ON} conference in Frankfurt.”

DB CyberTech solutions enable customers with real-time visibility into their structured data for data security and GDPR compliance. The GDPR compliance solution is based on natural language processing to enable automated and continuous identification of high-value and sensitive personal data. 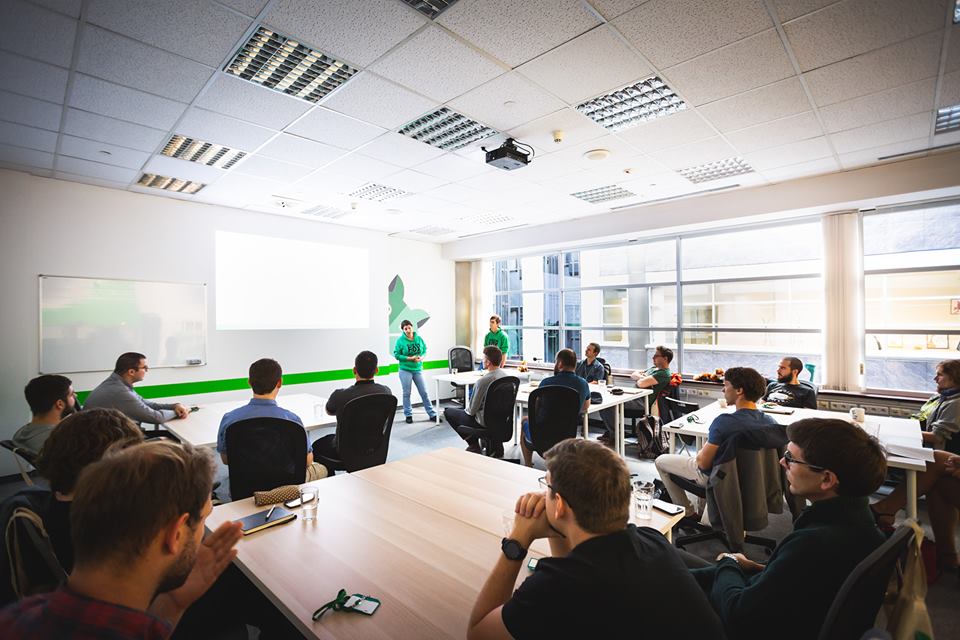 BUDAPEST, Hungary, 29-Oct-2018 — /EPR INTERNET NEWS/ — By 2020 almost 500,000 ICT jobs may remain unfilled in Europe according to European Commission’s estimate. Coding bootcamps offer one way in which this issue can be addressed, by reeducating career changers looking to move into the IT industry. Budapest-based Green Fox Academy, who run Hungary’s first 4-month-long coding bootcamp course, has just started its first course in Prague, with 16 students. The teaching methods and course structure are the same as the courses which take place in Budapest.

While the unemployment rate in the Czech Republic is the lowest in Europe, it is notable that the labor market has a shortfall of 20,000 IT professionals. Coding bootcamps offer one way in which this shortage of developers can be addressed, and is one reason why Hungary’s first 4-month-long coding bootcamp, Budapest-based Green Fox Academy, has opened a new bootcamp in Prague primarily for career changers looking to move into the IT industry. “The lack of IT professionals is not a local but a regional tendency,” says Kristóf Bárdos, co-founder of Green Fox Academy. “Digital technologies are having a wide impact on all industries, entire professions are disappearing or being re-defined, and new jobs are being created. Digital skills are becoming vital in every industry.” Bootcamps can plug this gap by reeducating career changers.

Green Fox Academy entered the Czech market with a local partner, Czechitas. This non-profit corporation organizes courses in programing, web development, graphic design or data analytics for girls and women. They have more than 4,000 graduates per year.