CAIRO, Egypt / AMSTERDAM, The Netherlands, 31-Mar-2021 — /EPR INTERNET NEWS/ — The ‘AI platform for logistics’, as Transmetrics is often referred to, is successfully streamlining operations at Transmar, a leading carrier of containerized cargo between Egypt and its key partners in the region. Transmetrics’ demand forecasting and predictive optimization platform is powered by artificial intelligence and machine learning algorithms.

With four decades of experience and a strong operational presence in Egypt, KSA, UAE and Sudan, Transmar has built a solid reputation in the market, founded on family values that drive the company’s ambition to offer the best in class service to its customers. Transmar owns and operates a large fleet of both dry and refrigerated containers, serves thousands of customers, and moves hundreds of commodities throughout the Middle East.

“We strongly believe in the power of Data. Transmetrics’ AI solution helps us leverage our 4 decades of operational experience, to make decisions both faster and smarter. As a regionally focused carrier we are more exposed to volatility. We’re excited about the capabilities Transmetrics will provide by helping see up to 12 weeks into the future, ensuring we have optimum planning and repositioning plans” said Ahmed el Ahwal, Commercial Manager at Transmar. In a recent study, the Boston Consulting Group (BCG) estimates that repositioning empty containers in the shipping industry costs €13 to 17 billion per year (US$14 – 19 billion), which adds up to 8% of a shipping line’s operating costs.

Transmetrics software provides daily rolling AI-driven forecasts for the next 10 to 12 weeks based on the cleansed historical data and relevant external factors influencing the demand. The planning and system optimization tools suggest an optimal and actionable plan for the repositioning of empty containers as well as storage for the next 12 weeks. This also takes into account all the related costs. Stevedoring, gate costs, etc. as well as other variables, and business constraints. The system is equipped to consider repair and maintenance as cost variables which is now work in progress and being co-developed with Transmar.

“We are thrilled to announce this new partnership with Transmar. It goes to show that the AI revolution in logistics is happening worldwide. I look forward to the results we will achieve together with the great team at Transmar” said Jon Fath, CEO of Transmetrics. “This requires deep knowledge of logistics processes because it is still a very hands-on business. Big Data methods, which are used in our product, support our client’s team in finding smarter ways to reposition their assets so that the Transmar local agencies have the right amount containers available when they need it.“

“Transmetrics’ solution helped our team to more accurately allocate our assets. Its monitoring tools and automated forecast result in improved turntime of our assets. Actually, it is a Double Win: our customers benefit from even better services and our team gets state-of-the-art support from AI,” El Ahwal said.

Transmetrics and Transmar also identified a number of next steps to further increase the benefits of Transmetrics solutions such as cabotage management functionality and a management dashboard. The dashboard will include cost reporting and is expected to show how the supply chain will look like for the next 3 months due to its predictive capabilities. “After implementation, Transmetrics is still giving us very professional and pleasant customer service, being open for discussions on product enhancements and being always available for questions and corrections on the data or on the logic where it is needed”, said Hossam Houta, Asset Manager at Transmar. 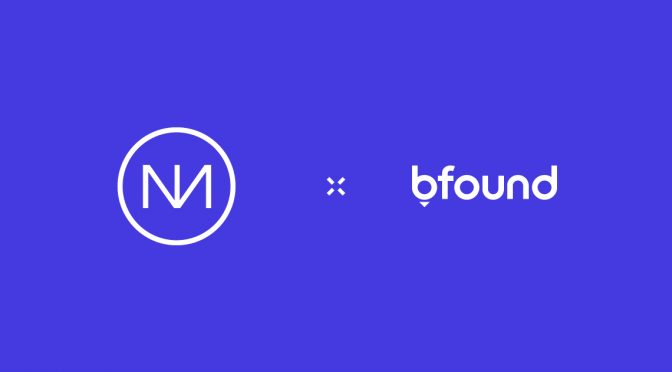 COPENHAGEN, 31-Jan-2019 — /EPR INTERNET NEWS/ — Mono Solutions is proud to announce our partnership with bfound, a provider of digital marketing solutions for small- and medium-sized businesses (SMBs) in the Middle East.

The partnership provides bfound with the technology to provide small businesses in the United Arab Emirates (UAE) with a professional digital presence, and extends Mono’s global partner base to the Middle East. The Mono Platform has enabled bfound with the opportunity to offer a wide variety of digital marketing solutions, including email marketing, simple personalization and SMB-friendly customer management.

With an established base of customers, bfound was searching for an SMB-friendly platform to help them build and manage websites at scale. In addition, bfound was focused on finding an established technology partner that was experienced within the small business segment, and already trusted by other local digital marketing providers around the world.

“From top notch performance to ease-of-use, the Mono Platform fulfilled all our needs in a digital marketing platform for small businesses in our market. In combination with their partner-first approach and helping us go-to-market with a website offering so quickly, we feel very confident that we will continue to have success in driving more business for small businesses across the Middle East .” says Erik Bjerlestam, CEO of bfound

With a strong partner-first approach, Mono is dedicated to empowering our partners with the best technology for a strong digital presence offering. To support bfound’s existing customer base in the Middle East, the Mono Platform was updated with Arabic language support as well as the ability for right-to-left writing. The addition of these critical features helped bfound to quickly go-to-market with competitive digital presence offering, including a professional website, Mono On-Site Engagements and Mono Email Marketing.

“Working with the bfound to begin offering digital presence offerings to small businesses in the Middle East has been a great experience. Their passion for helping their small business customers make the most out of their investment into digital marketing is truly admirable, and we look forward to support them in their expansion across the UAE and beyond. ” says Matt Matergia, Director of Business Development at Mono Solutions

Bfound launched on the Mono Platform in February 2018, and serves hundred of businesses across all verticals. 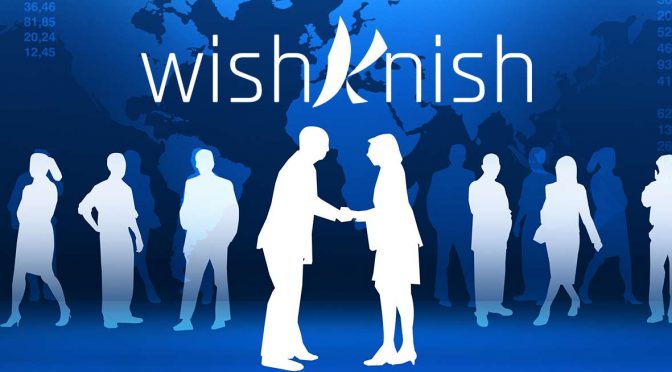 Washington, DC, USA, 2018-Jan-15 — /EPR INTERNET NEWS/ — The year 2017 was known in the world of cryptocurrency-based crowdfunding as the age of the Wild West — infamous for its massive, oft-unwarranted treasure chests being entrusted to companies barely out of the whitepaper stage during their TGEs — Token Generation Events also known as Initial Coin Offerings, or ICOs — offset by regulatory uncertainty, frequent multi-million-dollar scams, and sometimes even wholesale freeze-outs of crypto assets in several countries previously friendly to practice.

The year 2018, on the other hand, is expected to issue in a certain sense of clarity and solidity to the markets, populated with ambitious projects at last aware of their own strengths and weakness, and carried on the shoulders of teams capable of actually bringing their lofty visions to life.

WishKnish (https://wishknish.com), a Washington, DC-based startup providing turnkey, decentralized, gamified marketplaces to businesses, social causes, and communities — along with tailored BaaS (Blockchain As A Service) solutions to enterprise clients — aims to be one of these latter entrants.

By bringing in Mr. Mohammed Ebrahim Al Fardan as the Executive Vice President of the MENA and APJ region, the group has now expanded its core team to broadcast its messaging far beyond existing marketing frontiers.

“It is not often that such a fortuitous meeting of the minds happens so seamlessly over thousands of miles,” says Alisa Gus, CEO of WishKnish, “but when an opportunity presents itself, it is up to an exec worth his — or her — salt to answer. Really, Mr. Al Fardan’s experience and connections, and our shared goals for the region and the role of WishKnish’s Blockchain-as-a-Service arm in making them happen, will undoubtedly make this one of the most strategic hires any company can hope to make, especially as it closes in on its own token generation event.”

A 2014 Entrepreneur of the Gulf region recipient, Mr. Al Fardan is the mastermind behind the concept, technical study and master plan for the MENA ICT hub city, a first and only fully integrated smart city in the world as stated by industry experts, and for many years one of the driving forces for the region’s Oil & Gas, Real Estate, Luxury Goods, Investment, Travel & Tourism, and Pharmaceutical industries.

“When you are a VC,” shares Michael Kapoor, the WishKnish’s Chief Operations Officer, and formerly a managing partner of San Francisco’s Propeller Venture Capital, “you’ve got your pick of interesting projects. But occasionally, a project comes along that reminds you of why you started out as an entrepreneur yourself back in the day, and makes you want to get your hands dirty and make this remarkable business take shape. I imagine that’s how Mr. Al Fardan has come to feel, too, and I really can’t be happier to have him on the team.”

Long excited to bring in the vision, power, and security of blockchain technology to the MENA business and government structures, revitilizing and decentralizing its most vital systems, Mr. Al Fardan has this to say about his decision to join the advisory board of WishKnish:

“I am proud and excited to join a team of world experts in Blockchain technologies at WishKnish,” Mr. Al Fardan remarks “I found the idea behind the company so unique and the founders are top class professionals. Such a team with such experiences will no doubt disrupt the industry providing clients globally with great utilization of Blockchain. Having clients talking to us from regions like Middle East & Asia Pacific at this stage makes us more committed and accountable to deliver on their expectations and exceeding them.”

The excitement of new possibilities is felt across all levels of the project’s management team:

“The advent of a truly global economy has come to be possible thanks to blockchain decentralization. We cannot allow ourselves to focus only on the parts of the world familiar to us if we want to make an impact on this exciting space. But doing so without an expert local member of the team is something I would not be prepared to tackle at any stage of the company’s lifecycle,” says Eugene Teplitsky, WishKnish CTO and Alisa’s long-term partner in multiple projects. “That Mr. Al Fardan has agreed to join us while we’re still young is, I think, both a testament to his forward thinking on where the technology is heading in the next decade — as well as to his confidence in WishKnish’s ability to deliver on our now shared vision. We can’t wait to see what 2018 brings to all of us in these next few months!”