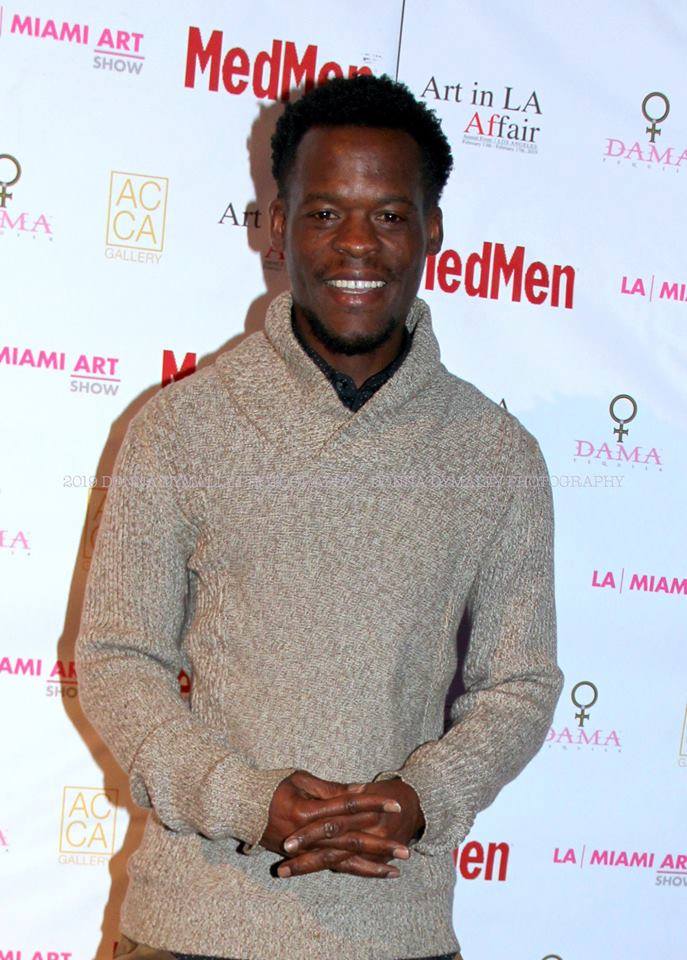 HOLLYWOOD, California, 2019-May-14 — /EPR INTERNET NEWS/ — The film premiere for ‘Brother’s Keeper’ produced by Andre K. Jefferson was a huge success as the cast of the film walked the red carpet along with local celebrities at YES Studio in Hollywood. The line waiting to enter the building was so long, many guests had to be turned down, in spite it being on a working day. The film got the audience interested and intrigued about the storyline of two adopted brothers who battle different mental illnesses, accidentally commits murder and in the process of hiding their crimes, they find their true identity. “The film is a story of power, control, love and hate, sometimes the only options become deadly,” said Jefferson.

The film received a positive response from the cheering audience and the cast received a thunderous applause as they walked to the front and introduced themselves for a short Q&A session moderated by Conisha Dorsey and Derek Reed.

The film is now preparing to do the rounds of several film festivals in the US and abroad in the months to come.

Check out all the photos from the red carpet here: https://bit.ly/2XmZiPk – Photo credit: Vladimir Yazev.

Houston, Texas U.S.A., 2019-Mar-02 — /EPR INTERNET NEWS/ — Dousic Media Group (DMG), a Houston based Company with affiliated offices in Punjab and soon to be registered in Singapore, is set to launch its new Dousic Social Platform at the South by Southwest (SXSW) Music Festival in Austin, Texas between March 10th thru 13th, 2019, located at Booth No. 1239, Halls 2-5 in the Austin Convention, where the newly upgraded Dousic website and App will be unveiled.

Dousic is an interactive social media platform that engages users with a diverse discovery experience. In the Dousic community the public can personalize their content and creators can monetize their products.

“With Dousic we wanted to create a social media platform for people like photographers, models, authors and musicians, so that they have total control of their destiny by owning their brands and products via the website and the App. In addition, Dousic is a fully functioning social media platform giving users a wide variety of connectivity such as chat, audio or video calls, all in one convenient location”, said Michael Ferguson, DMG Executive Vice President/Founder.

DMG Founder and CEO, Brian Moore, emphasized that “the Indie Music Industry has been trying to find its footing for some time and from where I sit there is still a clear lack of understanding of how to ensure that Indie Creators get an even playing field and are being properly compensated. Accordingly, we have designed Dousic to give them back brand control and content ownership.”

Following on from SXSW, our future website and App enhancements will ensure Dousic is a place where Creators maintain full ownership and control, giving them stronger leverage when in negotiations with Record Labels.

Dousic’s Mission is to provide a global hub for an interactive and personalized entertainment experience. We are committed to helping Indie Creators reach their full potential.

Digital music service NexTune.com is promoting Coolio’s latest release “Steal Hear” due out October 28, 2008. With three platinum albums and six top ten hits, “Steal Hear” is Coolio‘s seventh album and his first in two years. In conjunction with his new release, Coolio goes from rap daddy to big daddy in reality show “Coolio’s Rules” as his four teenage kids move in and he finds out that his kids have a lot to learn and Coolio, with his irreverent methods of discipline, will be just the one to show them.

In the show, Coolio will be on the road promoting his latest “Steal Hear” tracks along with his son Artis, who is starting his own rap career. Fans can log on at http://www.nextune.com to listen toCoolio’s latest single “Boyfriend”, download Coolio playlists and have a chance to win $100. Fans match their knowledge of Coolio facts in NexTune’s Hip Hop Triva Game contest. Five top scores will be chosen to win $100 each. Questions range from real life Coolio events, hip hop culture and facts about the show.

Michael DuKane, president of NexTune says, “We’re pleased to be featuring Coolio as one our first featured artists. His innovation of the Rap/Hip Hop genre personifies our approach to online digital music. Our focus is on social interaction that is so much a part of the music experience, very much the same as what you’ll see in the show “Coolio’s Rules”.

About NexTune, Inc. – NexTune Digital Music is an online service that lets users create full streaming playlists, share playlists and interact with other users. NexTune integrates the online music experience with a powerful desk top application called Nexus that seamlessly works with Apple’s iTunes and Microsofts’ MediaPlayer. With Nexus, the user can create instant playlists featuring songs from their own music library in addition to songs recommended by NexTune. Unlike other social music sites, users earn points for connecting with other members and posting or downloading playlists. Each month, NexTune awards five members with the most points $100 each. NexTune provides DRM free MP3 downloads on a pay per download basis through Amazon.com.

About Coolio – Coolio is a multi-talented Grammy Award winning and multi-platinum selling artist, composer and actor, and is one of the most popular and successful rappers worldwide. To date, Coolio has sold over 27 million records globally and has performed in concerts to adoring fans around the world. “Coolio’s Rules” is executive produced by Coolio, Chris Coelen, Greg Goldman, Andrew Hoegl, Jonathan Singer, Susan Haber and co-executive produced by Mike Duffy for RDF USA and Scott Cooper.