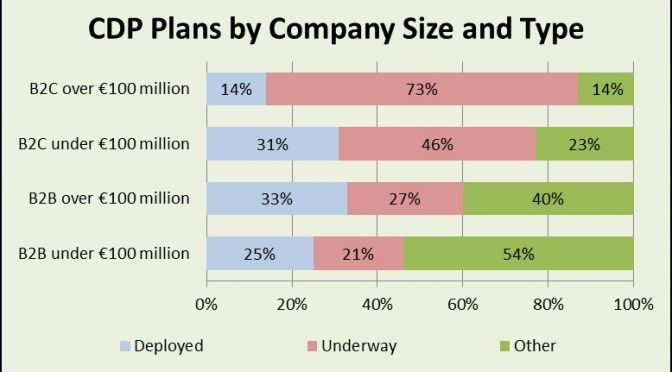 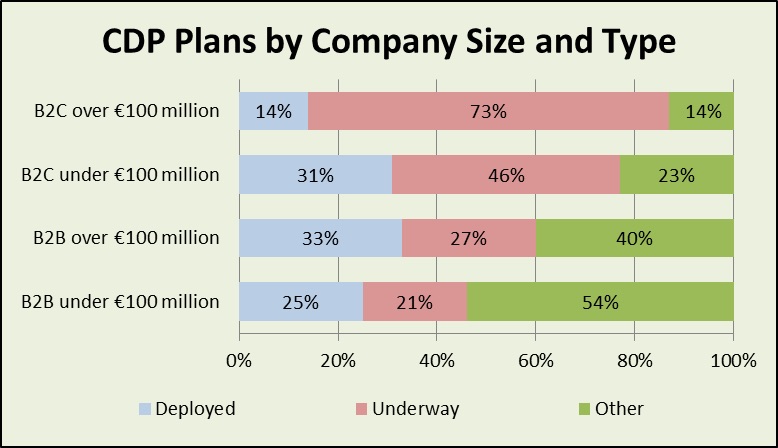 AMSTERDAM, 06-Sep-2018 — /EPR INTERNET NEWS/ — European companies that have deployed Customer Data Platforms are highly satisfied with their systems, according to a study released today by the CDP Institute Europe (CDPIE).

Other findings in the report include:

The full report can be downloaded here.

Customer Data Platforms are packaged software that builds a unified customer database which can be shared with other systems. The CDP Institute estimates that European revenue for all CDP vendors will total at least €200 million in 2018, including €130 million for EU-based vendors, and is growing above 50% per year. For details, see the CDP Institute’s CDP Industry in Europe Report and worldwide CDP Industry Update, both published in July 2018.